Arts Holland Magazine was initiated in 2008 as a national and non-commercial project by the Ministry of Education, Culture and Science, the Ministry of Transport and the four major Dutch cities in Holland. Its aim is to reinforce the position of arts and culture in the Randstad, which is the countries’ most densely populated region that incorporates the cities of Amsterdam, Rotterdam, Den Haag, and Utrecht and their outlying areas.

This is the second edition for a yearly print magazine with a distribution of 10.000.

Report on the Amsterdam Fashion Week, with profiles of four both established and upcoming Dutch fashion brands.

‘Take me home’, selection of 30 Dutch design items for visitors who can’t afford to take a Rembrandt home. 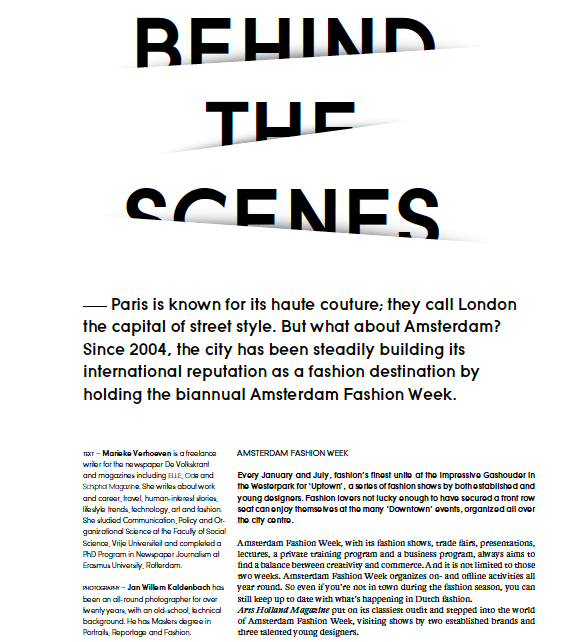 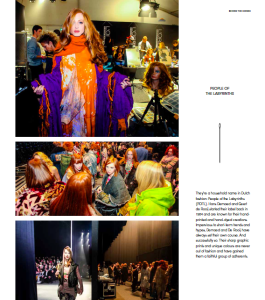 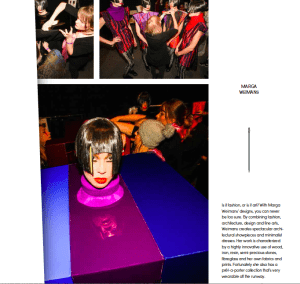 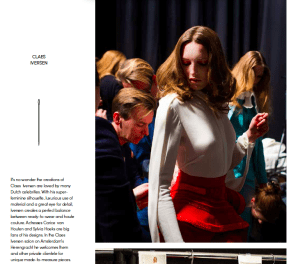 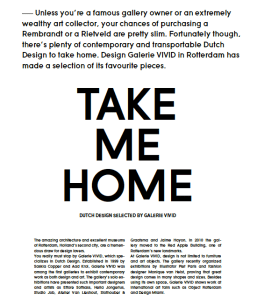